Was this article helpful? Review Below

Does CBD Oil without THC treat depression? Depression is one of the most common ailments affecting society today. Depression has the potential to harm anyone, regardless of age, gender, ethnicity, or social standing.

Depression, as defined by the World Health Organization, is a psychological disorder characterized by the presence of pervasive and invasive sadness, and the inability to experience joy or happiness.

People who are depressed are also often beholden to feelings of inadequacy and unworthiness. Furthermore, the presence of such negative emotions and thoughts often leads to the manifestation of a variety of physical symptoms such as insomnia, back pain, headaches, bad digestion, etc.

If left untreated, depression’s many psychological and physical symptoms will begin to take a toll and eventually significantly lower the patient’s quality of life.

Depression is not a condition that simply goes away on its own.

Thankfully, there are various ways in which to treat both the root cause and the symptoms.

Doctors prescribe a wide variety of medications to treat depression. The preferred method is through the use of antidepressants; however, these types of drugs often produce a long list of side effects, which include, but are not limited to, weight gain, nausea, migraines, sexual dysfunction, restlessness, mania, etc. Moreover, these types of medications often possess strong, sometimes fatal, interactions with a variety of other medicines.

Therefore, both doctors and patients are always on the lookout for alternative ways to treat depressive disorders. 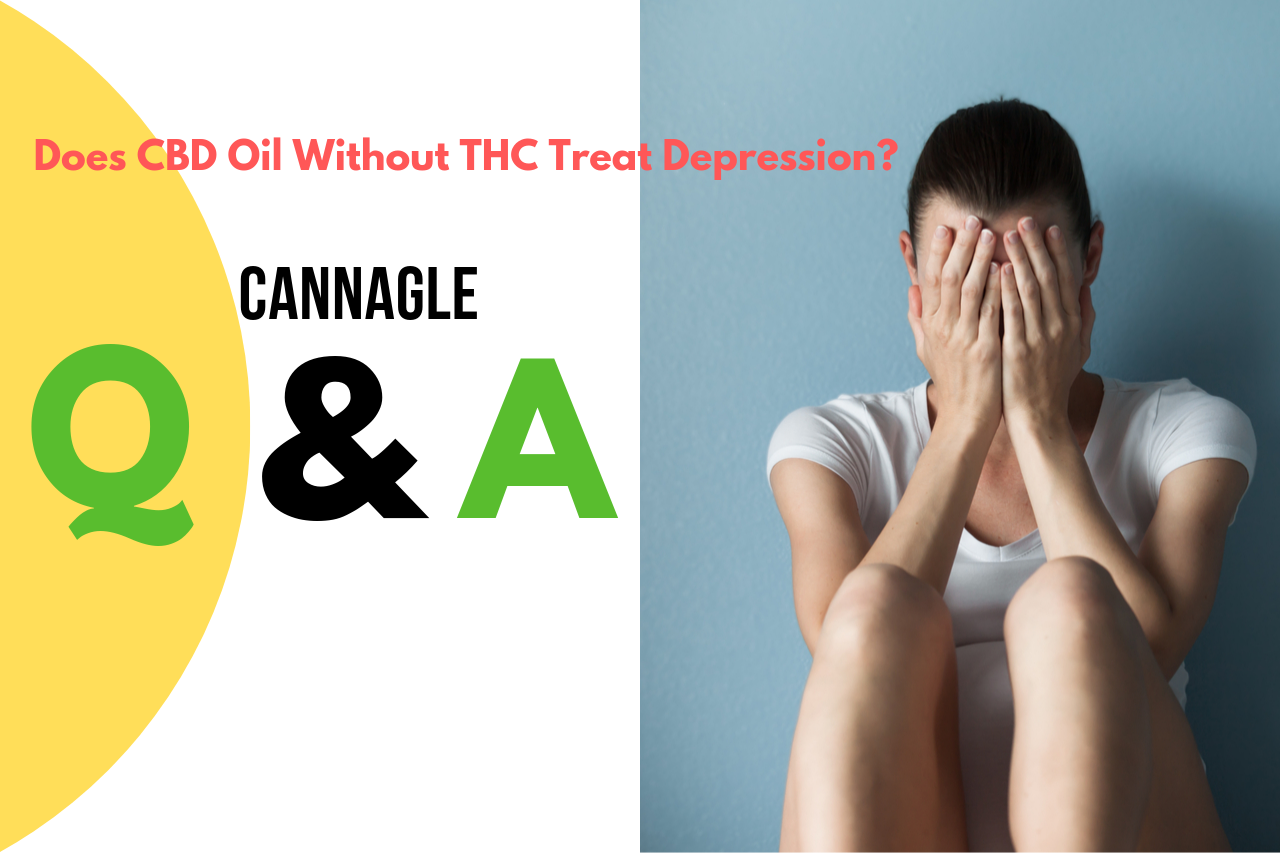 Cannabinoid products have presented a viable and effective alternative to more traditional methods, and most have been effective in the treatment of anxiety and depressive disorders. However, most of these products contain full-spectrum cannabinoids, and this, of course, means that patients are ingesting THC.

But, does CBD Oil without THC treat depression?

Studies on the beneficial properties of CBD abound, so it was only a matter of time before the medical community began to investigate the possibility of using CBD Oil as a cure for depression.

In 2014, a study found that CBD has excellent antidepressant and anxiolytic properties.

Another way in which CBD oil may help treat depression is through its potent analgesic effect. Research has previously suggested that there is a strong connection between depression and chronic pain. Both conditions share a common neurochemical pathway that is heavily influenced by serotonin and norepinephrine action.

So does CBD Oil without THC treat depression?

YES, Since the consumption of CBD oil triggers the release of anandamide, a neurotransmitter responsible for modulating serotonin levels in the body, it is fair to expect a positive effect on depressive patients.

More research needs to be conducted, but so far, all the evidence suggests that CBD oil has the potential to be an effective and natural treatment for those suffering from depression and other depressive disorders.